LINCOLN, Neb. (MADONNA)--They may play it differently, but the Huskers and the Madonna Magic share a love for the fast-paced game of basketball.

On Tuesday, Jan. 3, the Huskers visited the Madonna Magic, a wheelchair basketball team, turning their routine practice into an incredible experience for all. The Huskers yelled out tips, cheering and encouraging the Magic players as they whizzed around the court.

A few of the Huskers tried the sports wheelchair and found it challenging. “The Magic make it look easy, but it was tough!” said Isaiah Roby, a freshman forward.

The upper body and core strength of the Magic players impressed the Husker athletes. Evan Taylor Jr., a Nebraska guard, shook his head in amazement as he watched a Magic player swish a basket.  “I admire them and how much skill they have,” said Evan.

Rick Haith, recreational therapist and Madonna Magic coach, said the interaction between the two teams was an amazing experience. “For the Huskers, I imagine the encounter greatly increased their disability awareness,” said Haith.

The Madonna Magic wheelchair basketball team has been competing since 1996, and is part of the Midwestern Conference of the National Wheelchair Basketball Association.

The guys took a timeout last night to help out and learn from the Madonna Magic wheelchair basketball team. 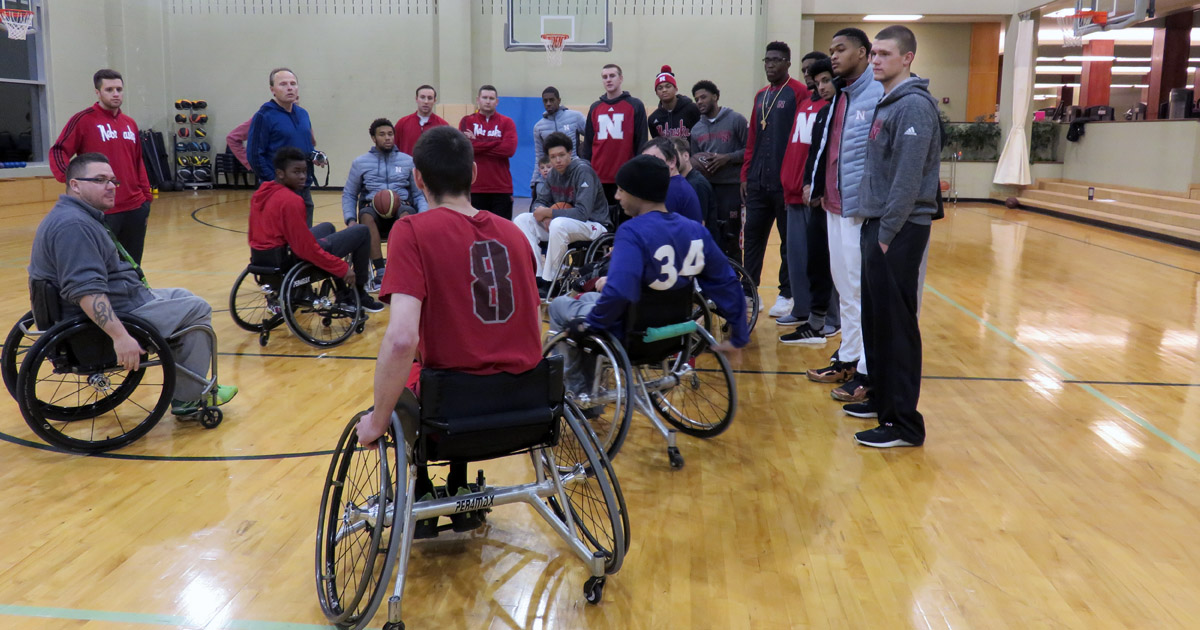 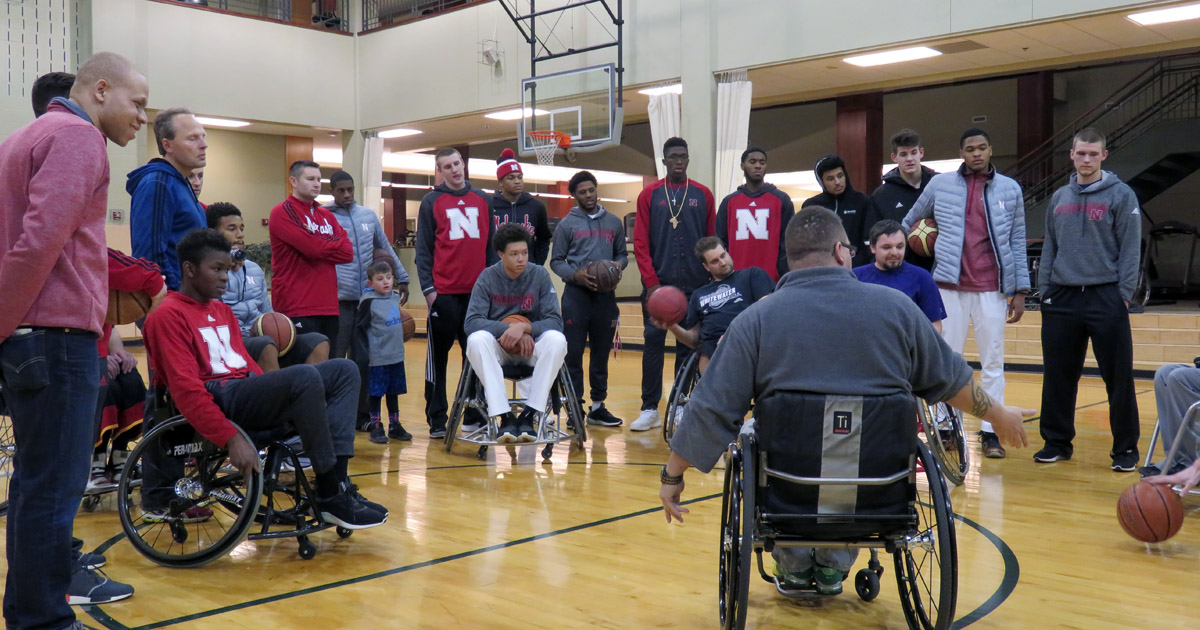 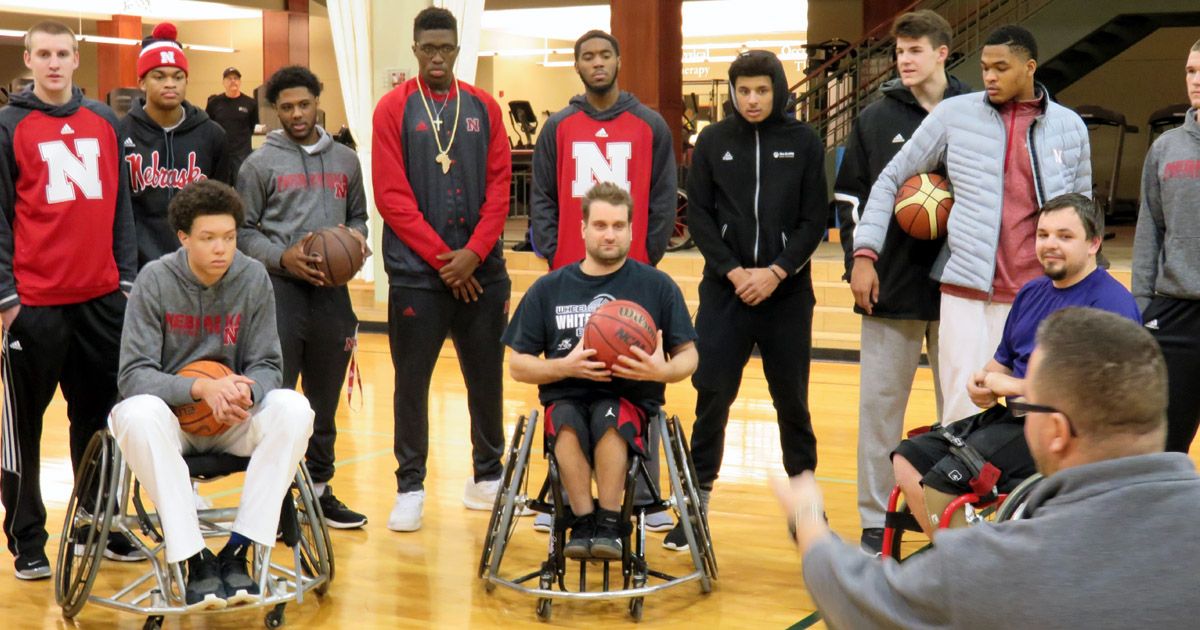 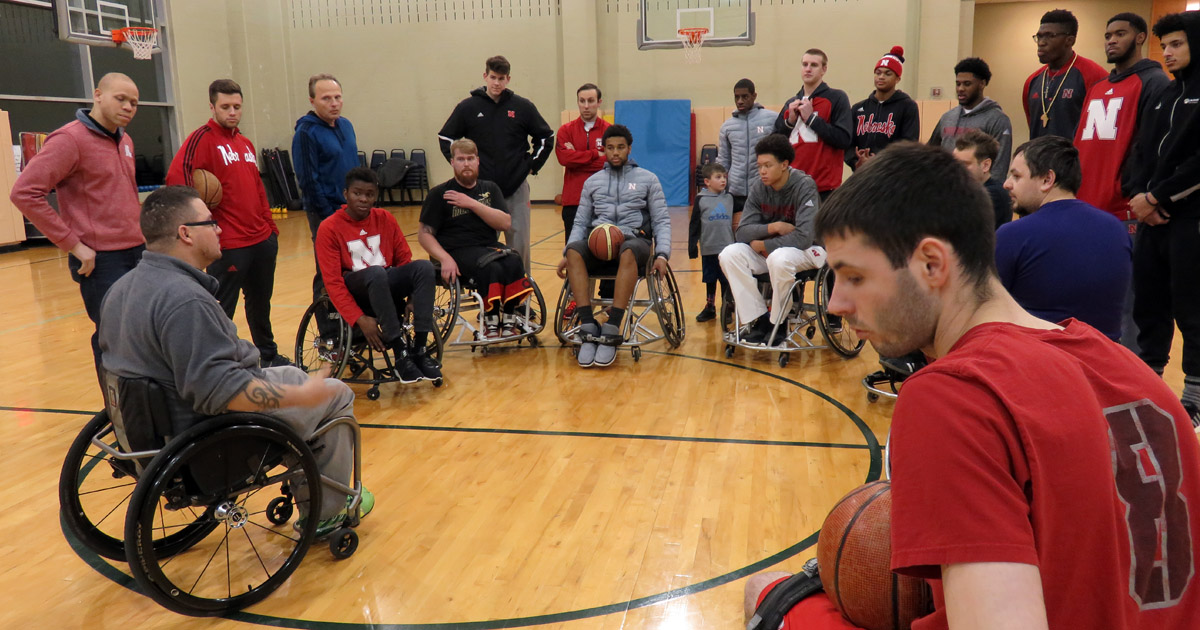 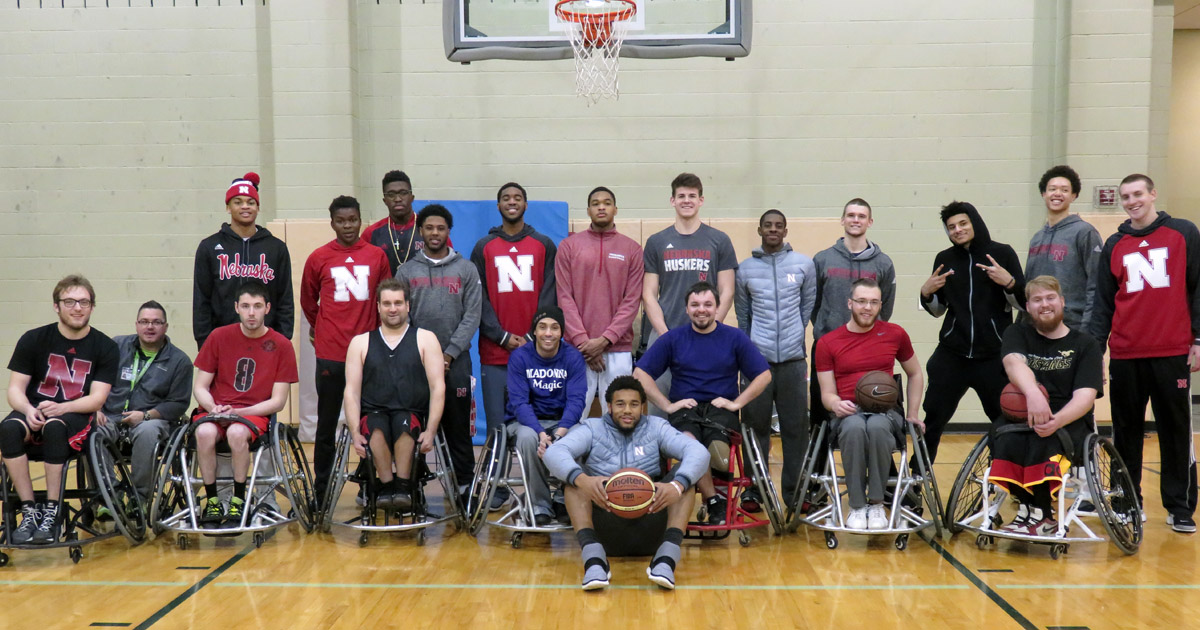 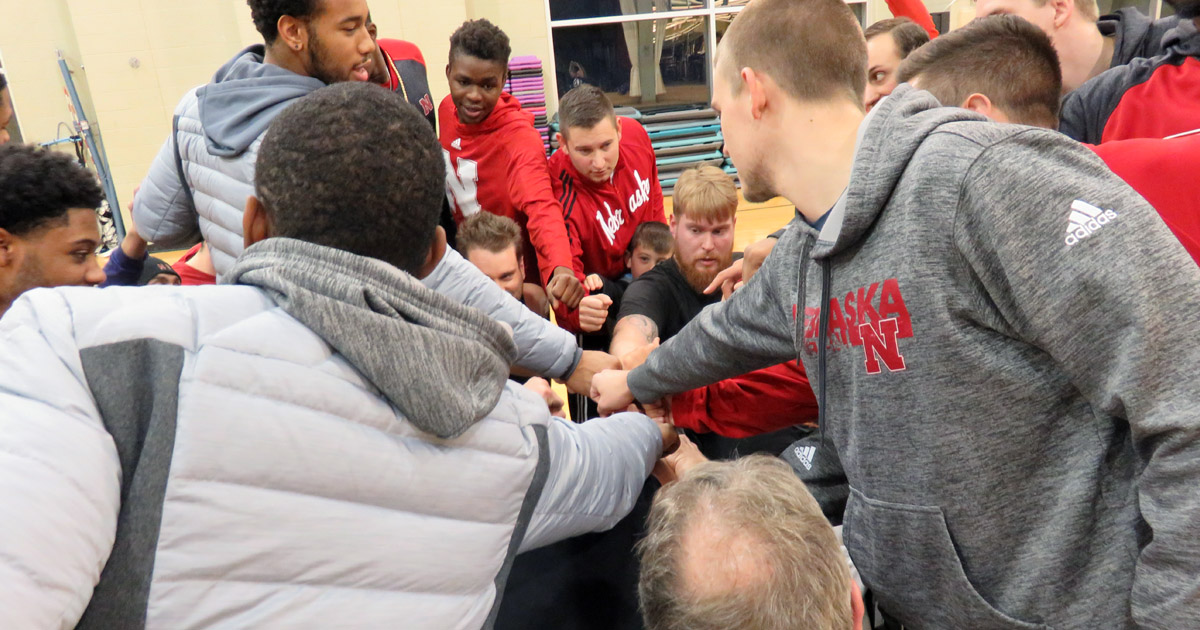 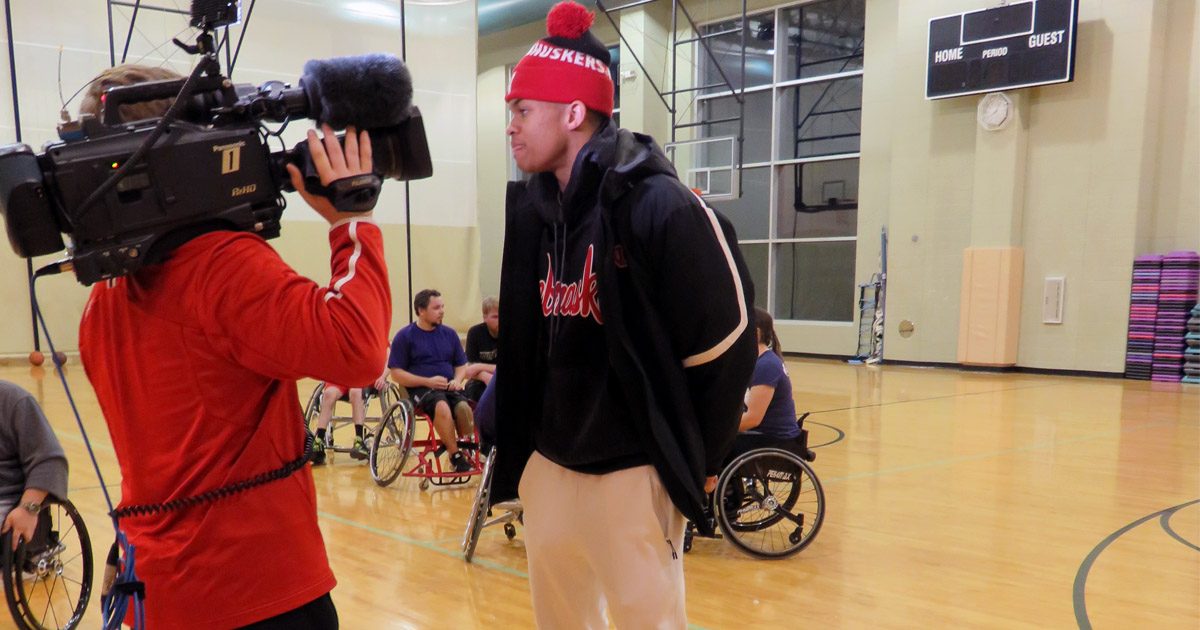