“Zach is a young and social guy, it is important to him to be able to get in and out of a vehicle in order to return to daily life.  Independence Square gives us the opportunity to practice these skills in order to ensure he is prepared and safe after he leaves Madonna,” Emily Roberts, occupational therapist, said. 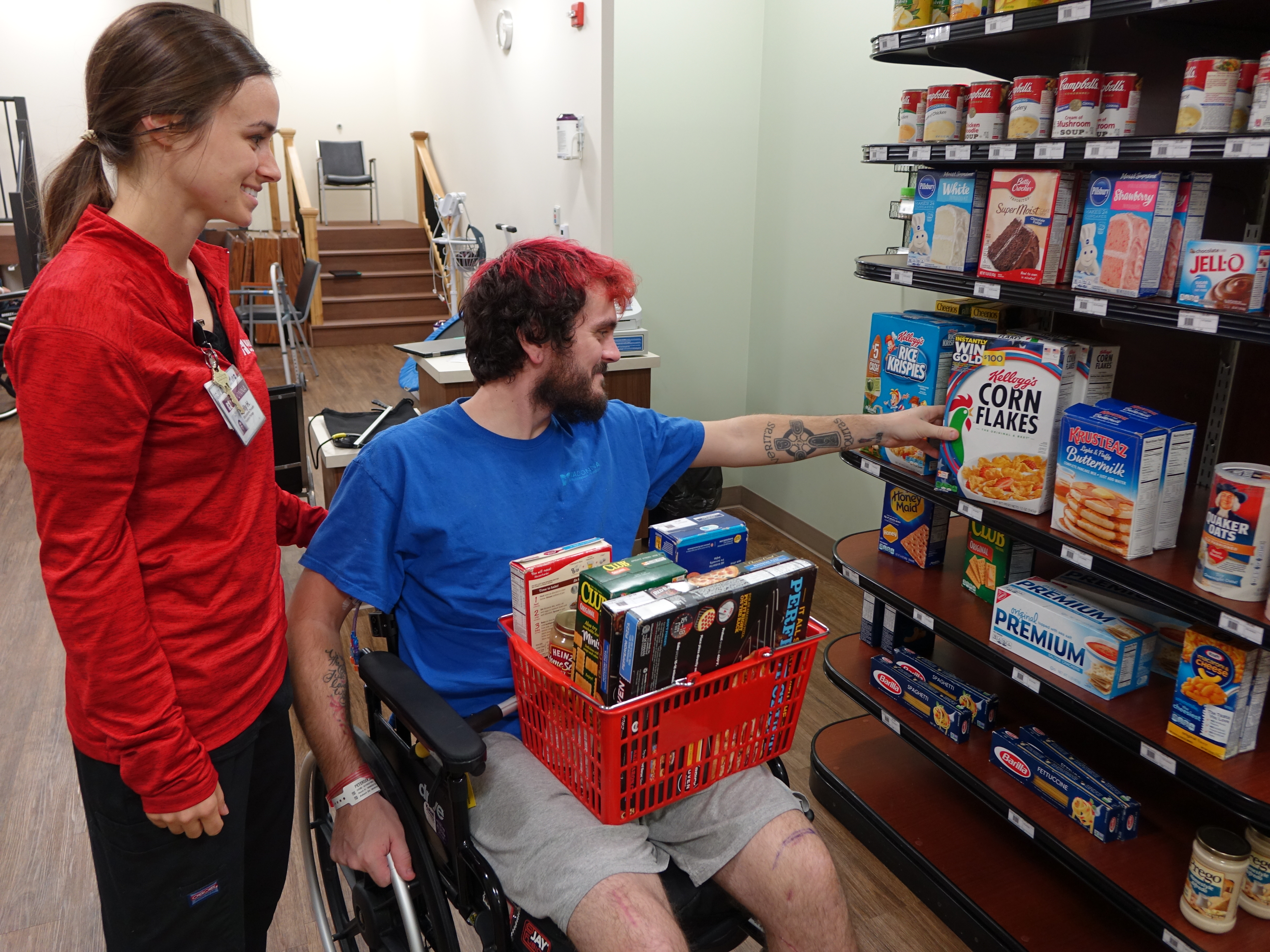 In Madonna’s Independence Square patients can engage in real-life skills, such as grocery shopping, cooking a meal, transferring in and out of a vehicle or getting in and out of bed. The simulation is meant to prep patients like Zach for life in a wheelchair after being the lone survivor in a helicopter crash.

“Crystal clear water, little waterfall you could jump off of …” Zach says as he scrolls through photos of the weekend on  his phone. He was with friends at a music festival in Arkansas on June 2, 2019, when he decided to take the spur-of-the-moment helicopter ride. “I flew over the festival and were flying into the mountains—up over the peaks and down through the valleys. It was just amazing,” Zach said. Minutes from landing, that’s when Zach says things went wrong. “About three quarters of the way through the flight we end up crashing and I broke several bones in my body.”

Zach estimates the helicopter fell 1,000 feet, causing significant injuries to his lower right leg and hip. “I had a compound fracture to my tibia and fibula on my right side. I had extensive damage to my hip. I snapped my pelvis in half. I broke three ribs, collapsed both lungs, ruptured my spleen and had pneumonia.”

“There are three people who didn’t get the same chance I did,” Zach said. “No matter what hard balls get thrown my way, I’m 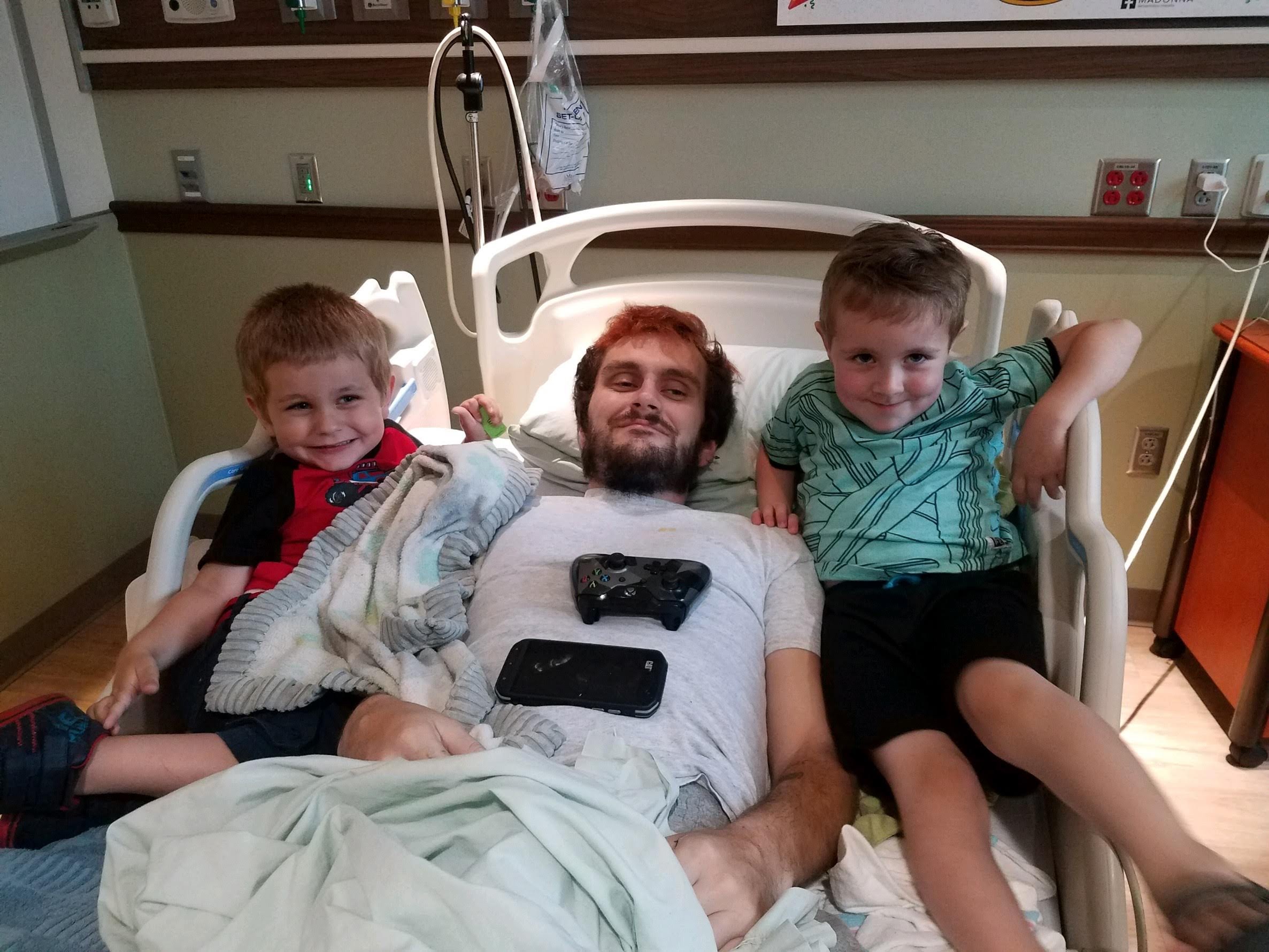 going to keep facing them every day as best I can.”

Zach spent time recovering in Tulsa, Oklahoma, before making his way to Madonna's Omaha Campus in late June for rehab. Battling additional surgeries and survivor’s guilt, he’s motivated by his two young sons to heal, regain strength and learn how to navigate everyday life in a wheelchair.

“Having the resources here of that car so I can practice getting in and out with my injuries being able to practice shopping, it’s been amazing. I don’t how long I’m going to be in a wheelchair so it’s something I’ve got to get used to and they’ve done a wonderful job in getting me used to,” Zach said.

Zach says about this experience, “It’s definitely an eye opener; life is precious don’t take anything for a single day for granted.”

Celebrations surrounding the holiday season are meaningful to so many Madonna patients and staff, but they also present unique therapeutic opporunitie...

MOM OF 3 LEARNS ABC’S OF REHABILITATION

Just weeks after delivering her third child, Amber Becker woke up to numbness on her left side. The problem didn't go away, and after an emergency...