Strains, sprains and other minor injuries are not new for many elite athletes, and Maggi Thorne of Lincoln, Nebraska, is no exception. The former collegiate athlete at the University of Nebraska-Lincoln has pushed her body to the limits, competing many times over a five year period on the wildly popular NBC show “American Ninja Warrior.” The show takes athletes through a grueling obstacle course designed to test their strength and agility. Maggi had completed the course successfully several times. But this season during the finals in Oklahoma City, Maggi was forced into uncharted territory after falling on a balance beam element and sustaining a concussion. The warrior and mom of three finished the race, but has no memory of the time between the starting line and waking up in Lincoln. 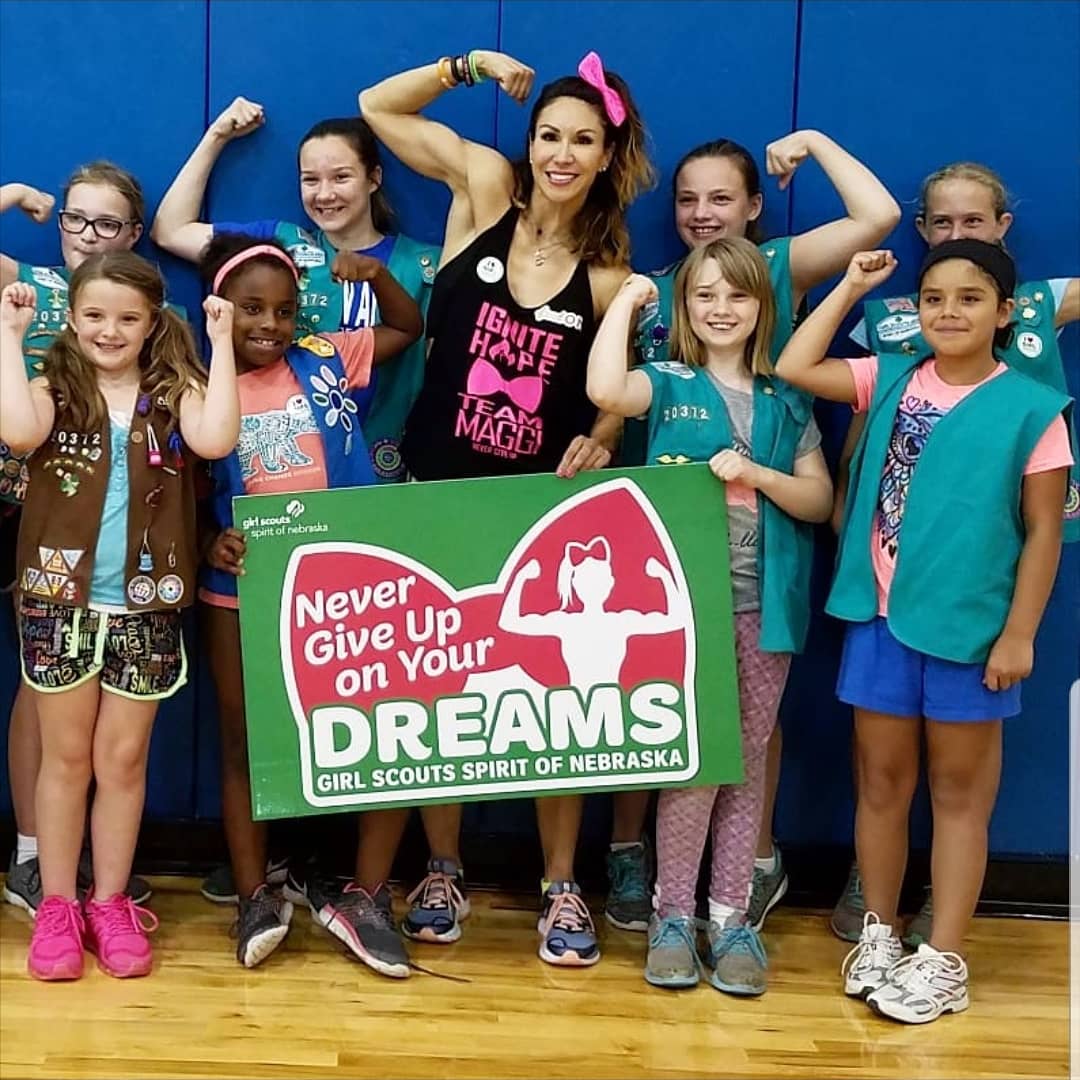 Maggi chose TherapyPlus, Madonna’s outpatient clinic to rebuild strength, coordination and cognitive skills. Physical and speech therapists went to work crafting an individualized plan focused on regaining Maggi’s balance and cognition using specialized technology like the Proprio 4000. Her therapists observe her dedication and strength during rehabilitation and the fighting spirit that makes Maggi a true warrior.

She says the experience is eye-opening, especially the elements of life she would not have anticipated being impacted by a concussion. Maggi has observed changes in her personality, ability to complete everyday tasks and other unexpected challenges.

Madonna treats hundreds of brain injury patients each year, with severity ranging from a concussion like Maggi’s to those in a minimally conscious state. Sports-related injuries are among the leading causes of brain injury.  According to Julie White, PT and clinic manager at TherapyPlus, some mild concussions can resolve without medical intervention, but some result in headaches, fatigue, personality changes, dizziness and poor concentration, among other symptoms.

“At TherapyPlus we offer a variety of services for individuals who have sustained a concussion. We have an interdisciplinary concussion comprehensive assessment that is customized to each patient. It may involve evaluations by physical, occupational and speech therapy as well as neuropsychology, neuro-optometry if needed, with the support and guidance of a physiatrist,” said White. “Our team approach and our extensive expertise with treating concussion can help patients return to sports, school, work or life roles.”

Maggi’s return to American Ninja Warrior remains undecided, but for now, her Madonna team applauds her  progress. They remain dedicated to helping this warrior face whatever battles lay ahead.

To learn more about the services offered by Madonna TherapyPlus, visit therapyplus.madonna.org.

Blake Finley is a competitive soccer player who loves goals. The 12-year-old from Auburn, Kansas, has spent two months working on his biggest victory...