Tom Bartek grew up in Springfield, Nebraska, with a bull riding fascination and a desire to serve others. That adrenaline-fueled servant heart led Tom to a 16-year career with the Omaha Fire Department. Days off were spent competing in charity bull riding events including one on Aug. 4, 2018, for the Muscular Dystrophy Association (MDA). Tom was riding Hells Bells, when the bull bucked up causing its head to collide withTom's. Despite wearing a helmet, Tom suffered a major head injury. He arrived at CHI Health - Creighton University Medical Center - Bergan Mercy where doctors placed Tom in a medically-induced coma. Brain scans showed significant damage to the portion of the brain that controls the left side. Early on, Tom’s wife, Deanna, kept family, friends and the community updated on Tom’s progress through a CaringBridge page. Two weeks later she announced Tom was moved to Madonna to continue his healing journey.

Tom’s accident and hospitalization left him extremely weak. He also struggled with speech and swallowing. A beef eater, Tom worked with occupational therapy to conquer his goal of eating steak dinners, starting with beef jerky sticks. Another top priority for the husband and father of two was regaining strength, especially on his left side. Physical therapists tapped into Tom’s competitive spirit, challenging him with tasks that worked his mind while building arm and leg strength using Madonna-created specialized technology called the ICARE.

“We worked on building stamina, endurance and improving his cardiovascular fitness. All of those things that go into being a firefighter and a dad,” Ky’Lee Baumert, PT, said. Tom made huge gains during his four weeks at the Omaha Campus before transitioning to Madonna’s outpatient therapy program, TherapyPlus. Through it all, he inspired and encouraged fellow patients. “Everybody here has a different story,” Tom said. “But everybody’s a fighter and is trying to get on with their lives and keep going.”

His bull riding days behind him, Tom looks forward to the future. Tom is humbled by the outpouring of love shown to both him and his family. “I just want to get back to my wife and kids and get on with my regular life and career of helping people,” Tom said. 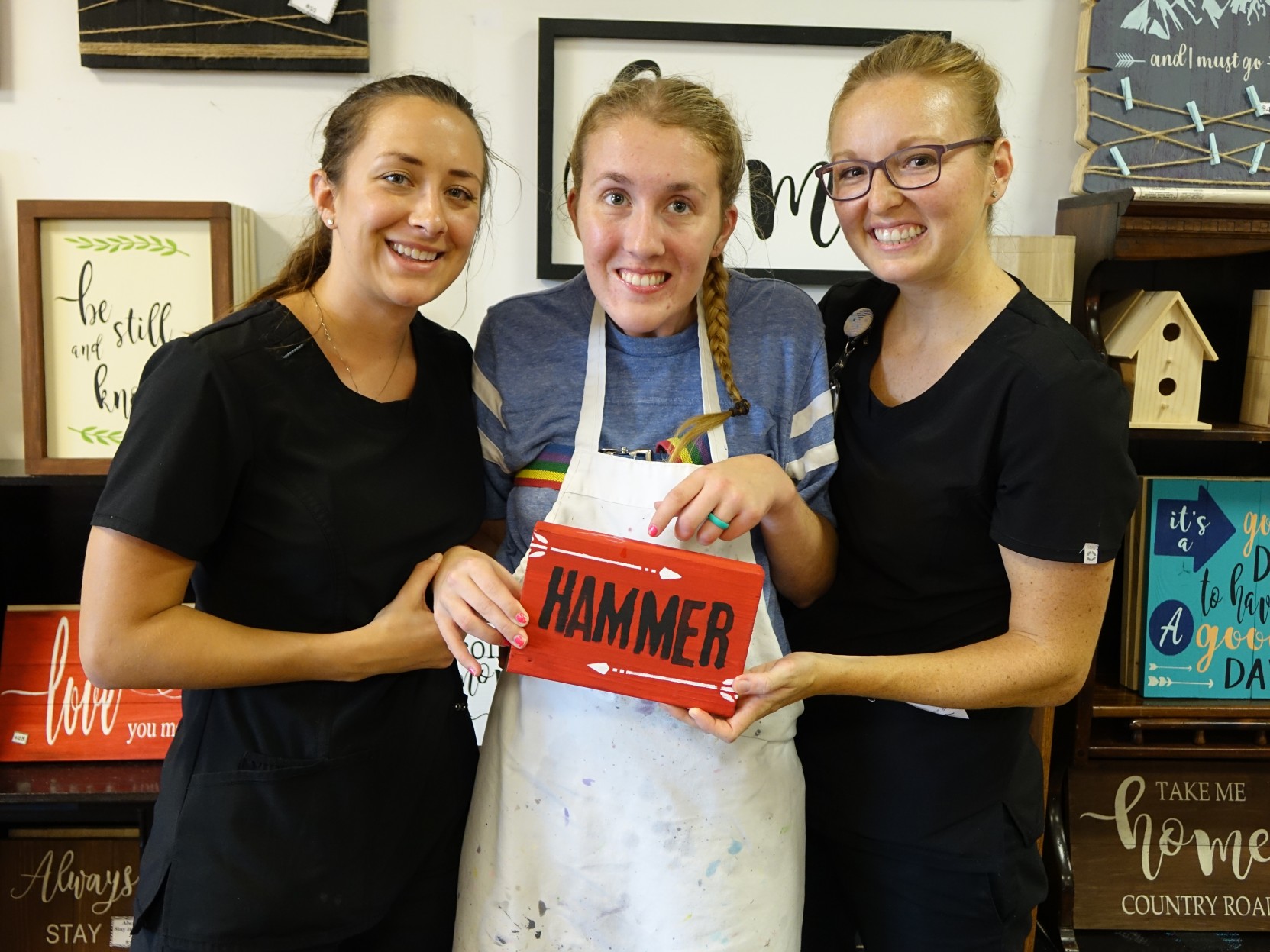 Madonna patients make lasting connections with staff and each other after recovering from an illness or injury. Tom Bartek was inspired by the hard work and determination of fellow patient Mallory Mitchell, 21. Mallory spent six months recovering after a dental procedure in mid-March caused a brain injury. “Watching Mallory give 100 percent each day inspired me to continue working hard during my inpatient stay. She’s my hero and I’m so proud of how far she’s come,” Tom said.