Jeff Fowler and his family temporarily relocated to Nebraska from their home in Wasilla, Alaska, during his TBI recovery at Madonna. (L-R, back row) Dawson, Jeff, Trista, Holton, Brooklin, and Tucker. (L-R, front row) Branson, Braden, Raigen, Raley and Macon.

Jeff Fowler has no memory of the car crash that upended his life. What began as a routine workday for the Wasilla, Alaska, foreman, ended with emergency flights to hospitals in Fairbanks and Anchorage. On Oct. 18, 2016, a police investigation revealed Jeff may have swerved his truck to avoid hitting a caribou and struck his head. Diagnosed with a traumatic brain injury (TBI), Jeff spent six weeks recovering in Providence Medical Center in Anchorage.

When doctors explained he needed rehabilitation, Jeff and his wife, Trista, began researching for the best option. Guided by their faith, the couple chose Madonna. The Fowler family, including their nine children, traveled 3,400 miles to begin his recovery at Madonna’s Lincoln campus. “We felt the Lord calling us here,” said the Fowlers.

An estimated 1.7 million TBI-related hospitalizations and emergency visits occur each year in the United States, according to the Centers for Disease Control and Prevention. More than 17 percent are caused by motor vehicle accidents like Jeff’s. Madonna’s dedicated brain injury rehabilitation unit served 760 persons with brain injury last year. “I believe I was in the right place,” said Jeff, who qualified for workers’ compensation.

Not realizing the extent of his brain injury, Jeff thought the recovery period would be brief. During his first week of intense therapy, reality set in. “I felt really good physically, but realized pretty quickly, no, my brain’s not working 100 percent,” said Jeff, who struggled with memory and cognition issues.

Understanding brain injury can be intimidating to a newly injured patient. Jeff’s transdisciplinary team explained the healing process for each person is different. “They went through every part of my brain injury – symptoms, causes, therapy, everything,” said Jeff.

Educating the patient’s family is important, too. “There’s so much you don’t know and they just always seemed to point me in the right direction,” said Trista, who appreciated the resources and guidance of the team.

Four months after his accident, Trista organized a party to celebrate Jeff’s final day of therapy. His Madonna team cheered his accomplishments. “Coming here taught me a lot,” said Jeff.

Back in the beautiful state of Alaska, it’s life as usual for the Fowlers. Jeff finds comfort in the familiar routine of work, church and enjoying his family. “God is good.” 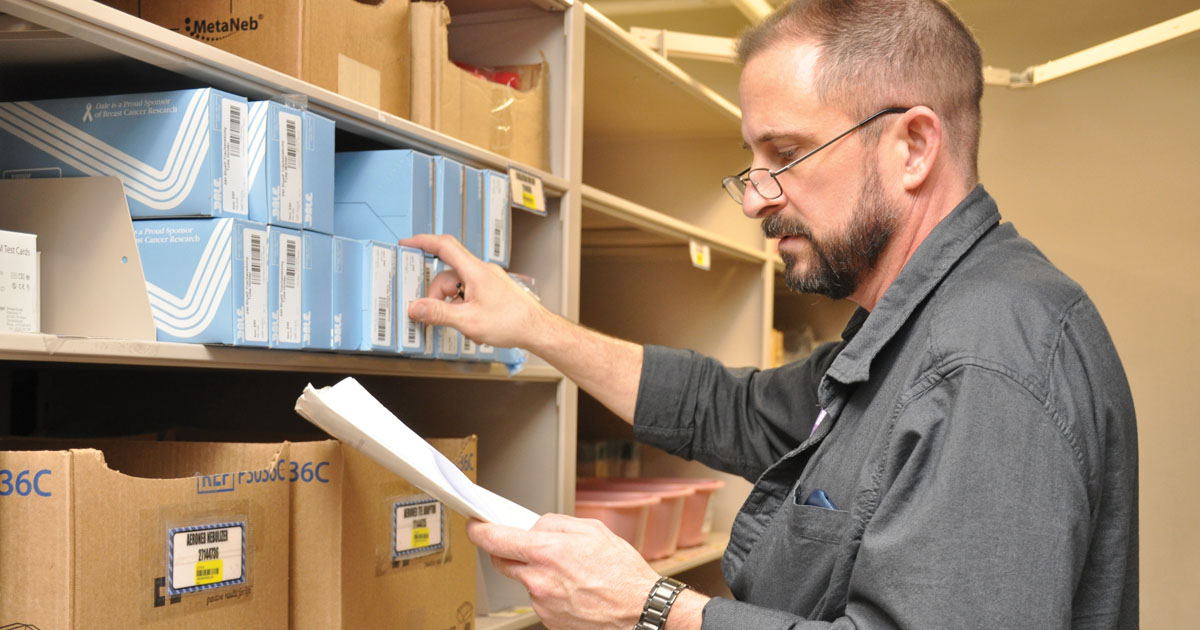 Shawn Wills, director of national sales, is on a mission to grow Madonna’s national footprint. He meets with workers’ compensation carriers and enjoys sharing the stellar patient outcomes. Workers’ compensation is a type of insurance offering employees compensation for injuries or disabilities sustained as a result of their employment.

“Often, the decisions for rehabilitation are being made by insurance adjusters, case managers and medical staff in other states that have no knowledge of Madonna and what differentiates us from other facilities,” said Shawn.

In Jeff Fowler’s case, the difference maker was Madonna’s continuum of care, individualized and transdisciplinary therapies, and holistic approach, not only for Jeff, but his entire family. It’s why the Fowlers chose Madonna over four other national rehabilitation hospitals.

Kim Vice, RN, clinical liaison and developmental coordinator, consults with families and carriers, facing the difficult and often emotional decision of selecting  a rehabilitation facility. Kim’s discussions with Jeff’s care team and his wife, Trista, helped ease any concerns about flying her husband 3,400 miles for treatment.

Last fiscal year, Madonna admitted six injured workers from states outside the region, including Alaska, Idaho (two), New Mexico, Florida and Wisconsin. “No other facility offers the expertise in the continuum of care like Madonna,” said Kim. Working in tandem, Shawn and Kim are garnering the attention of decision-makers nationwide.

“By choosing the best rehabilitation option, carriers are seeing long-term costs of claims decrease as a patient discharges to home or community,” said Shawn. “The cost savings is a huge boon for carriers and employers.”

With the rise in national inquiries, Madonna is making a lasting impression as a leader in world-class rehabilitation.