Part of Brandi's physical therapy included the Lokomat specialized technology used to strengthen her legs and return her to her love of hunting.

Program Snapshot: Madonna's Adaptive Sports and Recreation Program provides individuals an opportunity to participate in a variety of recreational sports and activities. The program also provides recreational sport camps and hosts tournaments for persons with disabilities.

Motivation is the driving force behind rehabilitation, but where patients find their motivation differs. Brandi Jecha, 25, of Great Bend, Kansas, says one of her biggest motivators was Physical Therapist Kristi Rocole.

After falling 20 feet from a deer stand, Brandi required intensive therapy to regain movement in her left side. With Kristi by her side, Brandi says she pushed herself every day, becoming amazed with her progress.

Kristi says Brandi wasn’t even able to hold her head up during her first few days at Madonna as she began rehabilitation for a spinal cord injury. Little accomplishments like holding her head up, Brandi said, gave her confidence as she continued to regain more independence through a combination of rehabilitation nursing and therapy care. Brandi participated in Madonna’s Adaptive Sports and Recreation Program as another step to returning to her love of outdoors.

“Brandi never complained. She came to therapy with a good attitude every day, and she said, ‘I’m going to, I’m going to do better than you think I am,’” said Kristi.

In less than two months, Kristi said Brandi surprised them both when she took her first steps.

“She did a lot of things that a lot of people didn’t think she could, but when we stood her up for the first day, she was in tears and she said, ‘Everybody said I couldn’t do this and I just did it,’” said Kristi.

Brandi said the progress wouldn’t have been possible without Kristi’s motivation.

“I credit her with a lot of where I am, because obviously she keeps you in a good mood. And obviously she tells you, ‘Brandi, it could be really, really bad.’ And she’s like,  ‘You  are doing so good.’ So it’s good to have motivators like that,” said Brandi.

Since Brandi has returned home, she is walking short distances on her own, driving and even back to hunting.  “Got my first deer the day before Thanksgiving,” she said, adding that it was an emotional accomplishment. “That was never guaranteed after my accident, that I would be able to hunt.”

Brandi says she’ll continue getting stronger and hopes to do a mile walk on her own once the weather is warmer.  “The stronger I feel like I get, the easier things are.” 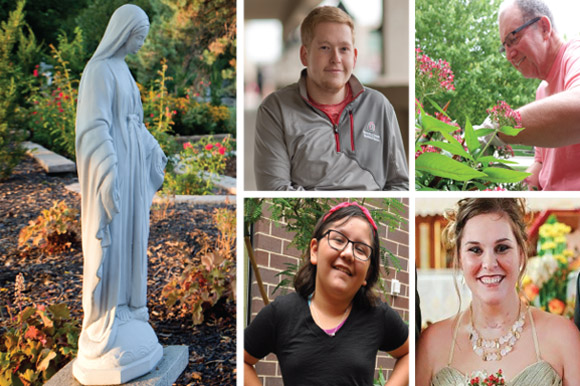