It all happened so fast.

On May 10, then 5-year-old Kyah Matthews had been dropped off at her school in Sioux Falls, South Dakota. She hadn’t been there long before her mom, Tiersa Eide, got a phone call.

“The school called and said ‘Kyah can’t feel her arms and she can’t walk. You need to get here right away,”’ Tiersa recalled.

After a 15-hour visit to the emergency room, complete with tests and hours of waiting, the doctors had an answer: acute transverse myelitis, a rare condition caused by sudden swelling in the spinal cord. It leads to sensory problems, weakness, even paralysis. Kyah was sent to Sanf 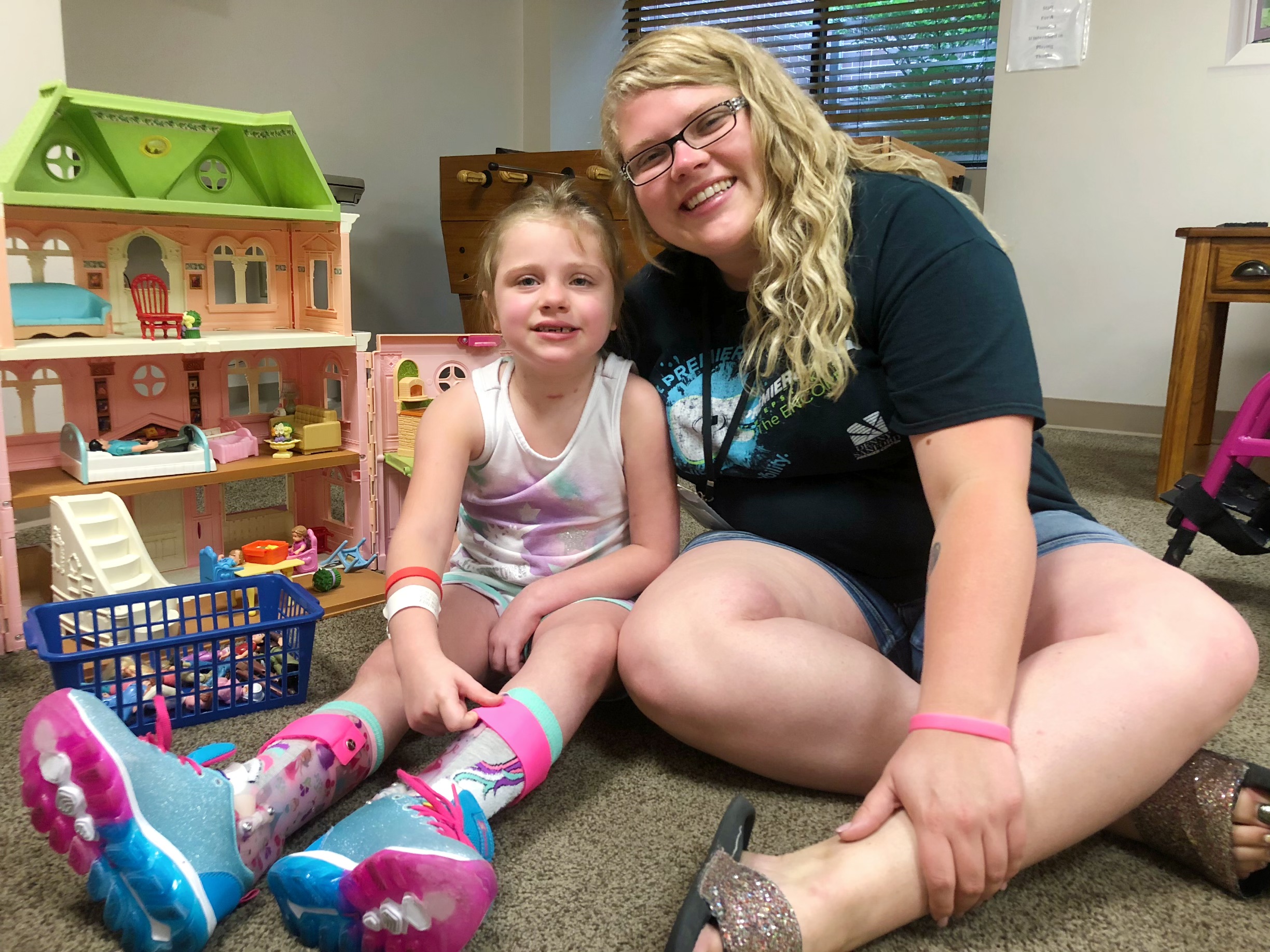 ord Children’s Hospital in Sioux Falls and given multiple treatments, some of them incredibly rare.

Four weeks later, Kyah arrived to Madonna Rehabilitation Hospitals – Lincoln Campus for intense rehabilitation. Her mom says she chose Madonna because the hospital came highly recommended. Once she toured the campus, with its own separate pediatric unit, she knew it was worth the 3 hour and 40 minute drive.

Kyah came to Madonna on June 6. She had a breathing tube, called a trach, and gastrostomy, or G-tube to help her stay nourished and hydrated. Most of all, she was scared.

“She couldn’t sit up on her own,” Tiersa said. “But as the days went on, she started opening up to her therapists and having more fun. Now she doesn’t ever want me to go to therapy.”

The therapy is tough. According to the National Institute of Neurological Disorders and Stroke, transverse myelitis damages the nerve fibers in the spinal cord and disrupts nerve communication to the rest of the body. It can be incredibly painful, especially for a 5-year-old. Kyah couldn’t walk, let alone sit up on her own; she couldn’t move her legs or left arm and had lost control of her bowel function. Still, she didn’t let that get in the way of her goals.

“She realizes now she ne 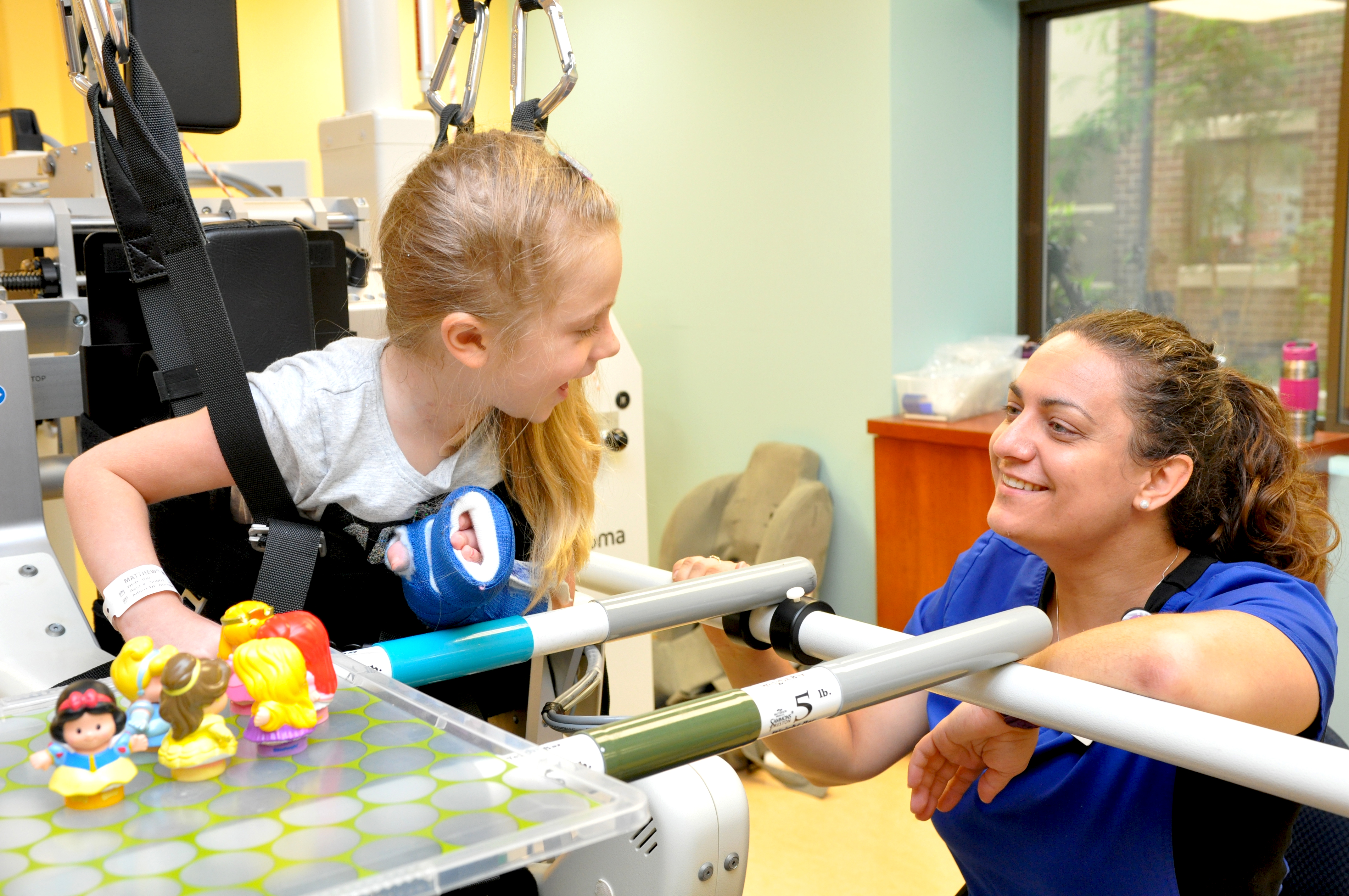 eds to set a goal so she can reach it,” Tiersa said. “How her therapists help her do that is just amazing because she can look and see ‘okay I set this goal so many days ago and now I am reaching it.’ I think that helps get her through the process.”

First, it was getting off of the trach and G-tube. 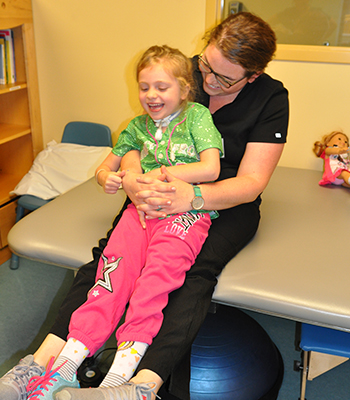 Drinking enough water every day was what Tiersa called a funny goal – it was a problem even before she was diagnosed.

Others were more serious, like relearning how to use her extremities. Specialty equipment at Madonna including the functional electrical stimulation (FES) bike, which uses small electrical pulses to restore function of paralyzed muscles, and the Lokomat – a machine aimed at retraining individuals how to walk – helped Kyah get stronger during rehab.

In aquatic therapy, she walked in the pool. Group outings like bowling and fishing kept rehab fun and social.

“Now both of her le 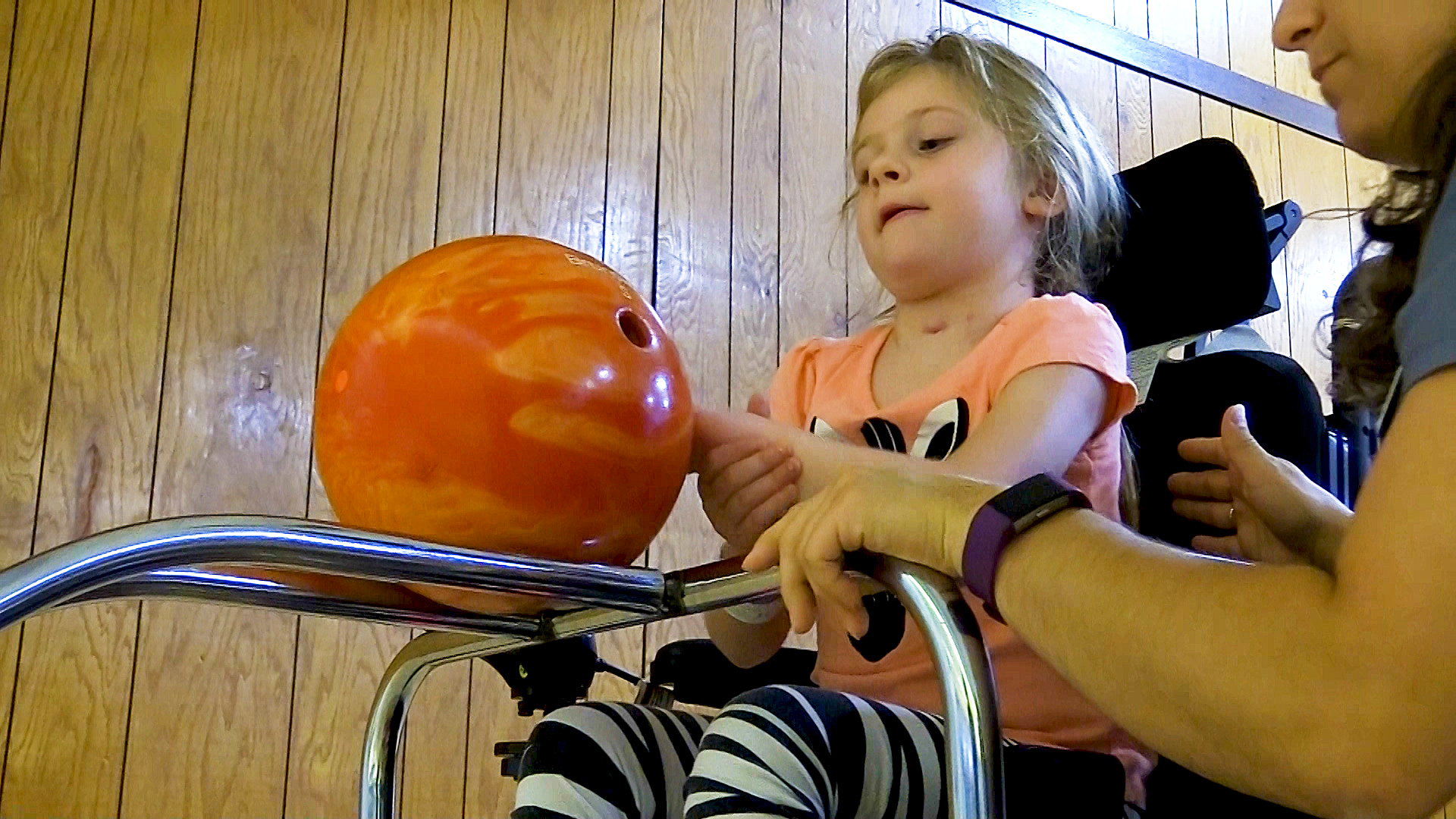 gs are moving,” Tiersa smiled. “She’s now doing basically everything with her right hand and she has some finger movement.”

Kyah spent her sixth birthday at Madonna.  Ten days later, she was able to return home to Sioux Falls, where she will go back to school and continue therapy at Sanford Children’s Hospital.

The sassy 6-year old isn’t done fighting yet; she has more goals to accomplish. She wants to walk independently, regain use of her left arm, and go back to being a kid.

“All you want to do is encourage her so she keeps going,” Tiersa said, tearful and hopeful. “It’s big changes and we are scared but excited to get back to our new normal.”

Trent Roberts, 16, is regaining independenace after suffering a spinal cord injury back in August caused by an ATV accident. WIth the h...