Motivation is the driving force behind rehabilitation, but where patients find their motivation differs. Brandi Jecha, 25, says one of her biggest motivators was Physical Therapist Kristi Rocole.

After falling 20 feet from a deer stand, Brandi would need intense therapy to regain movement in her left side. With Kristi by her side, Brandi says she pushed herself every day, becoming amazed with her progress.

“The doctors in Wichita had told me I would never be able to eat, drink, anything, breathe on my own by myself. And, obviously, we’ve come a long way since that day,” said Brandi.

After her fall, she was rushed from a Wichita hospital to Madonna for rehabilitation for a spinal cord injury. Kristi says Brandi wasn't even able to hold her head up during her first few days.

“One thing that I remember very vividly is we got her a head strap to put across her head in her wheelchair so that she wouldn’t have to hold up it and it wouldn’t fall down,” said Kristi.

Brandi was self-conscious when it came to wearing the head strap, Kristi recalled, and in a way this motivated her.

“She didn’t like how it looked. And so, she, over time, slowly learned how to hold her head up on her own,” said Kristi.

Little accomplishments like holding her head up, Brandi says, gave her confidence. With a combination of physical and occupational therapy at Madonna, she continued to regain more independence.

“When I first got here, there was no way I could eat on my own. So, I think the day that I realized, ’Hey, you can do this,’ it was a big deal,” said Brandi.

“Brandi never complained. She came to therapy with a good attitude every day, and she said, "I’m going to, I’m going to do better than you think I am,'” said Kristi.

And in less than two months, Kristi says Brandi surprised them both when she took her first steps.

“She did a lot of things that a lot of people didn't think she could, but when we stood her up for the first day, she was in tears and she said, ‘Everybody said I couldn’t do this and I just did it,'” said Kristi.

After beginning to walk again, Brandi noticed a difference in her left side.

“Like I said, my left leg doesn’t work as good as my right leg, and one day Kristi’s like, ‘Can you kick your foot out?’ And it just kicked right out. And I’m like, ‘Oh my god,' like where did that come from?” said Brandi.

Brandi says while walking again was her main goal, she's now setting her sights on getting full mobility back on her left side using technology like the FES bike to regain function in her arms.

“They put electrodes on certain muscle groups and the bike kind of facilitates telling when those muscles to fire through the electrodes,” said Kristi.

The progress, Brandi says, wouldn't have been possible without Kristi's motivation.

“I credit her with a lot of like where I am, because obviously she keeps you in a good mood. And obviously she tells you like, ‘Brandi, it could be really, really bad.' And she’s like,  'You are doing so good.' So it’s good to have motivators like that,” said Brandi.

While at Madonna, Brandi's therapies included a variety of technology. Click the links below for more information about each one: 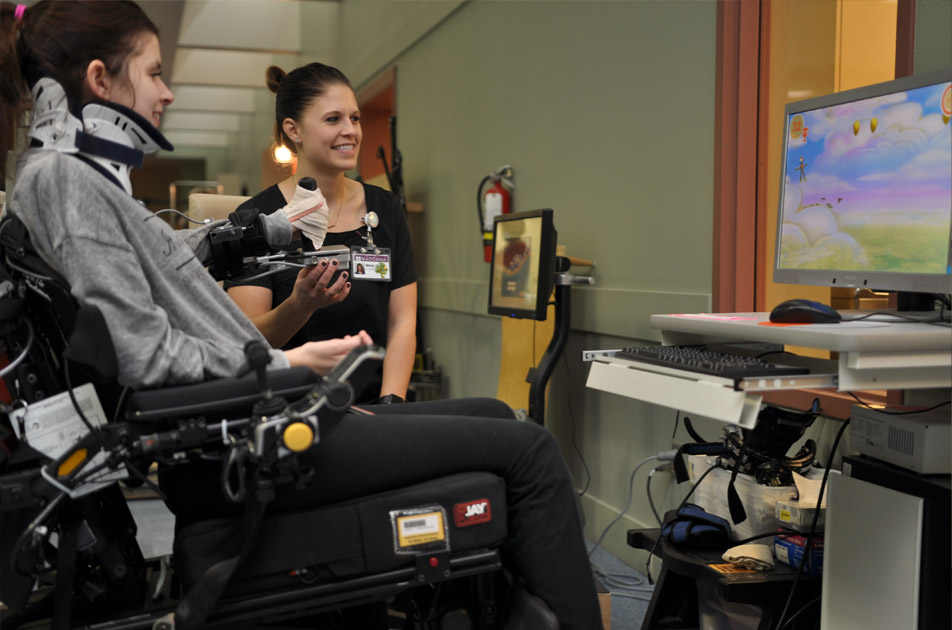 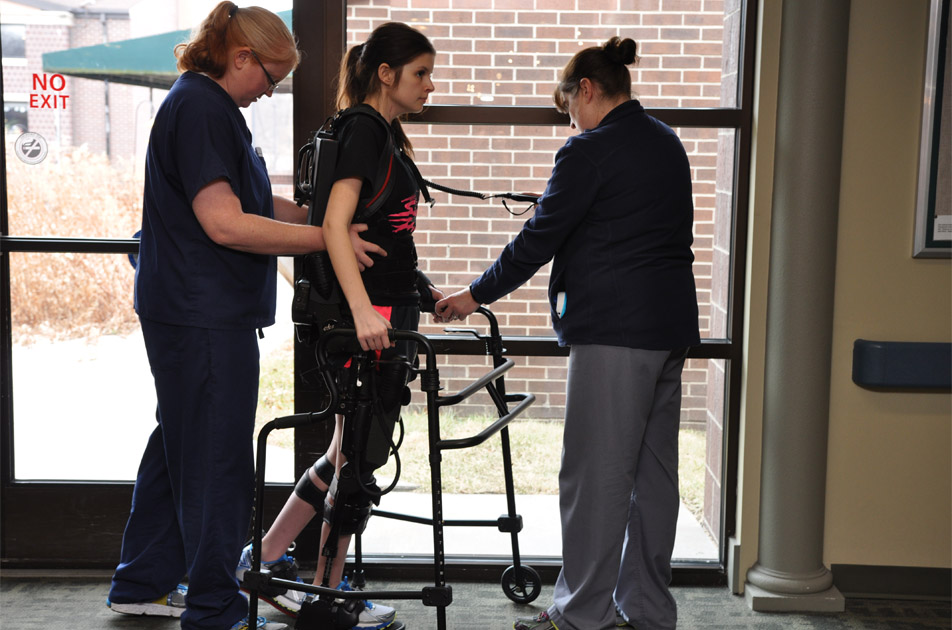 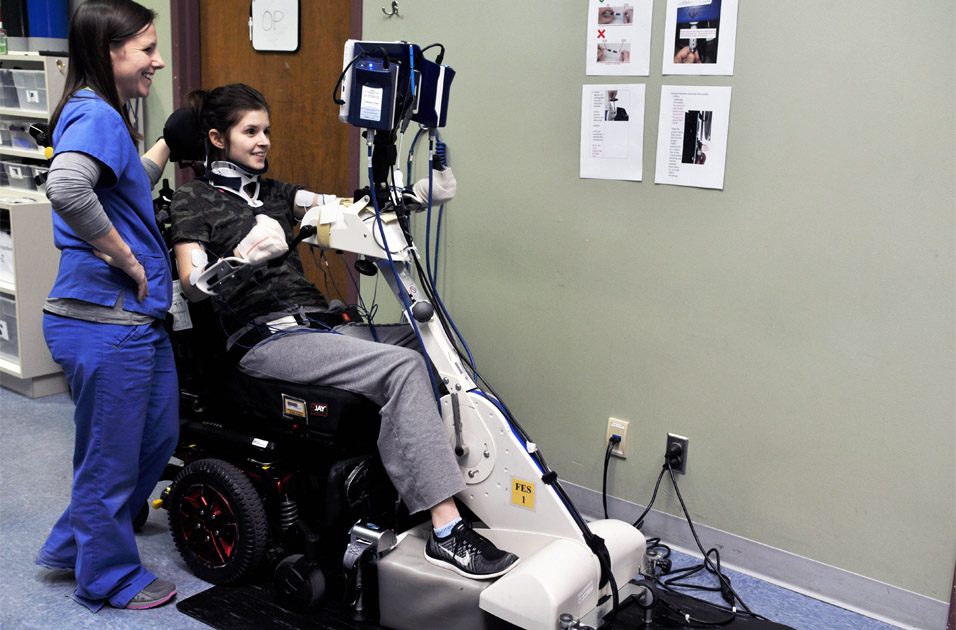 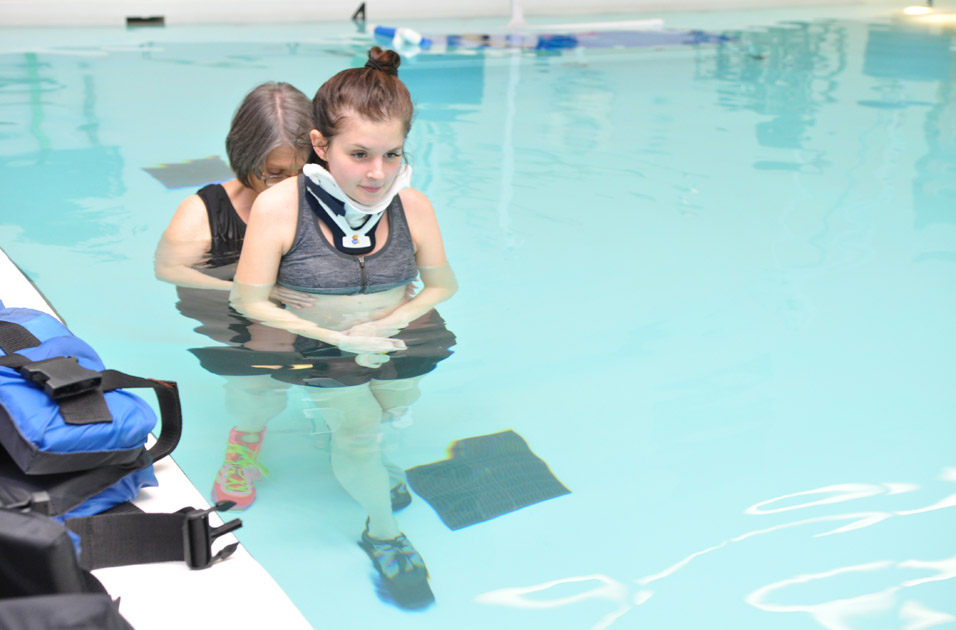 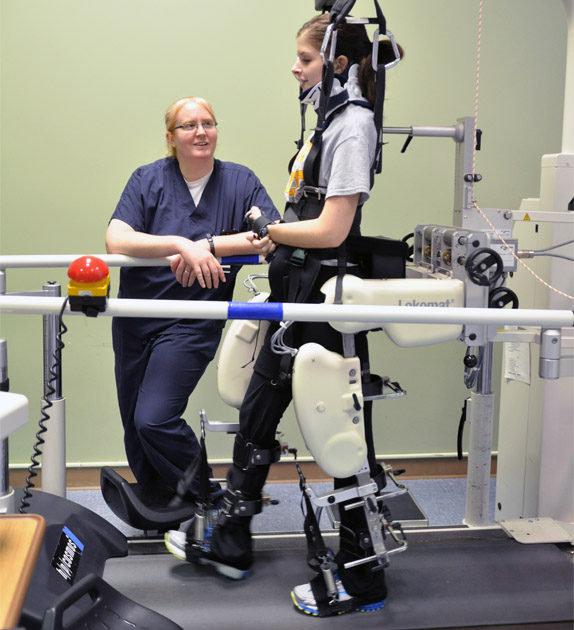