Madonna therapists are accustomed to helping patients of all ages recover from stroke, spinal cord injury, brain injury and complex medical issues, and from time to time, rare complications and diseases affecting mobility, cognition and ability to perform daily tasks. Such is the case with acute flaccid myelitis (AFM), a condition commonly described as “polio-like”, primarily affecting children. The condition affects the gray matter area of the spinal cord, which causes muscle weakness, diminished reflexes and in the most extreme cases, respiratory failure.

The disease is rare and relatively unknown, but according to the Centers for Disease Control, 223 cases were confirmed in 41 states in 2018, including five in Nebraska. The cause is undetermined, but experts believe the disease to be a complication of the fairly common enterovirus. Since 2014, more than 90 percent of patients with AFM had a mild respiratory illness or fever consistent with a viral infection before they developed AFM, according to CDC studies.

Due to the rarity and varying presentation of the disease, Madonna physicians and therapists develop a highly customized plan f 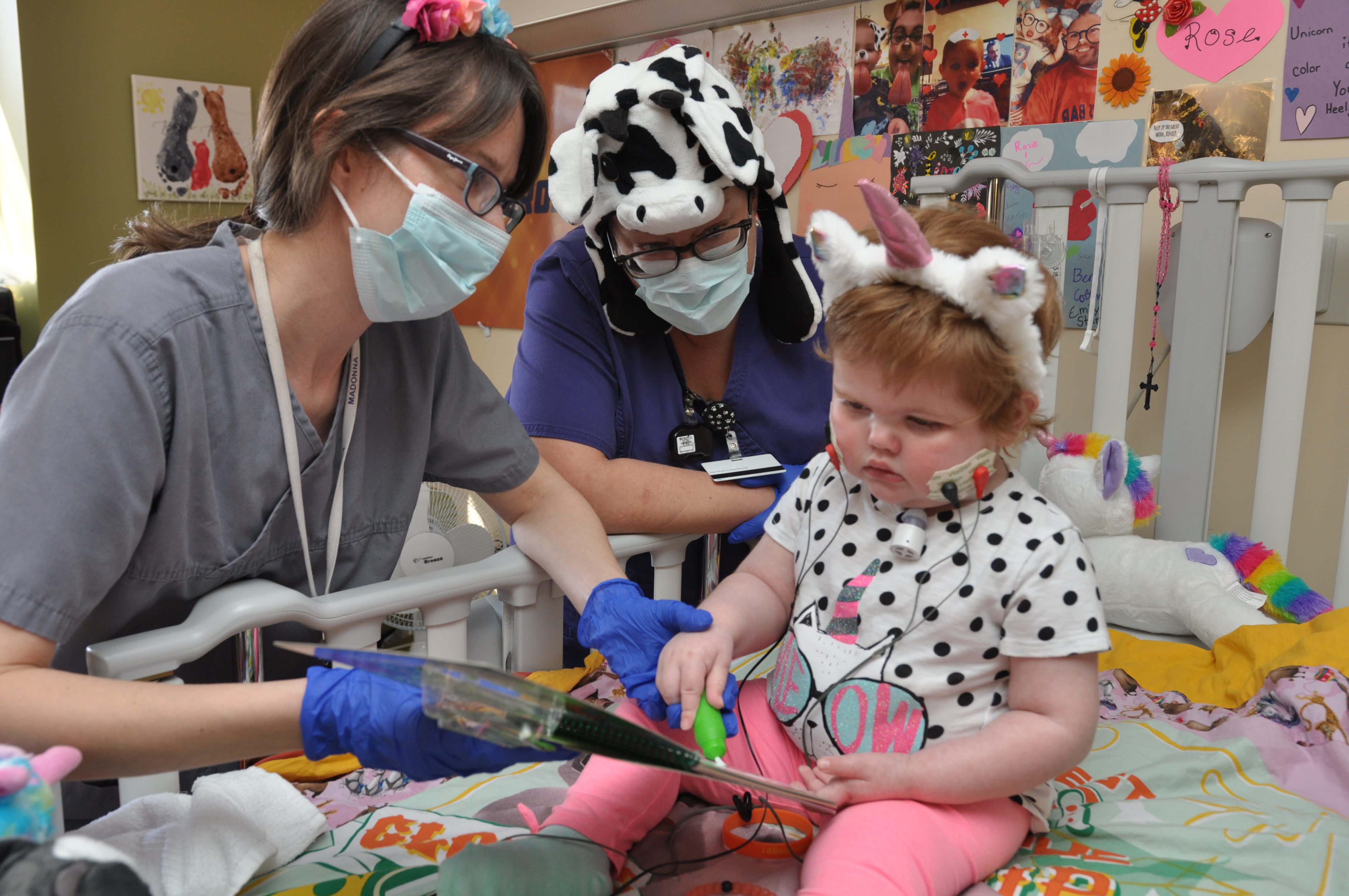 or AFM rehabilitation, focused on regaining strength and returning to play, school and favorite activities. Physicians may prescribe physical, occupational, speech and aquatic therapy and set therapy goals designed specifically for each patient. Creative approaches like this have set Madonna apart as a regional destination for improving outcomes for patients with AFM.

"She's starting to take her socks off and feed herself and all kinds of great 2-year-old things. So she's made leaps and bounds," Occupational Therapist Kelly Bolz said. "She laughs, thinks things are hilarious, loves making noises," Physical Therapist Sarah Economides added. Kafka said Rosie's progress shows there is hope, but it's a long process. "It's not weeks, it's months and sometimes years for people to get back to where they were," Kafka said.

For more on Madonna’s approach to pediatric rehabilitation, click here.

ROSIE THE RENEGADE NO STRANGER TO MASKS

At almost 3 years old, little Rosie Kubik has climbed more mountains and conquered more obstacles than most of us can imagine. The spunky red-head has...

Trent Roberts, 16, is regaining independenace after suffering a spinal cord injury back in August caused by an ATV accident. WIth the h...