Madonna Rehabilitation Hospitals is lucky to be located in two great Nebraska communities, Lincoln and Omaha, where residents give generously.

Madonna is proud to be participating in both Give to Lincoln Day on Thursday, May 18, and Omaha Gives on Wednesday, May 24.

Since 2012, Give to Lincoln Day has raised more than $12 million for Lancaster County nonprofits, according to the Lincoln Community Foundation.

This year, donations made to either charitable challenge will help support Madonna’s mission to rehabilitate those who have sustained injuries or disabling conditions so they can fully participate in life; lead research to improve outcomes; prevent physical disabilities and promote wellness through community programs.

A mission that’s made an impact on the lives of so many people, including: 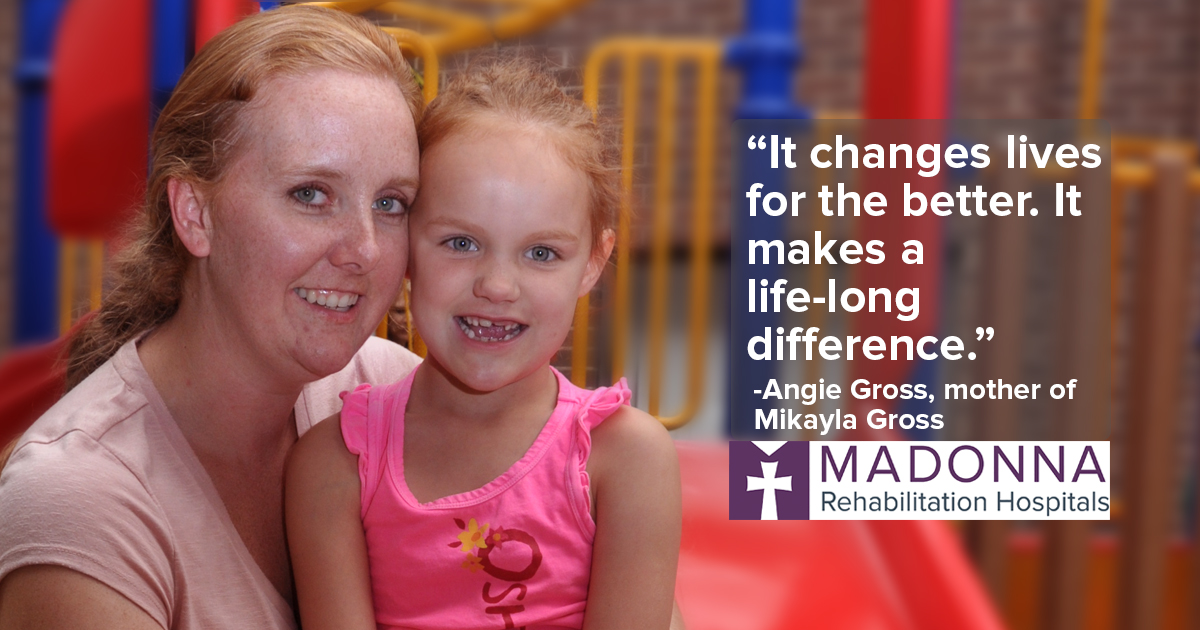 When Mikayla Gross was 6 years old, she contracted meningitis requiring months of rehabilitation to help her relearn to walk, talk and feed herself.

Today, she is a thriving 11-year-old, attending school and participating in children’s activities like riding her bike and playing with friends. 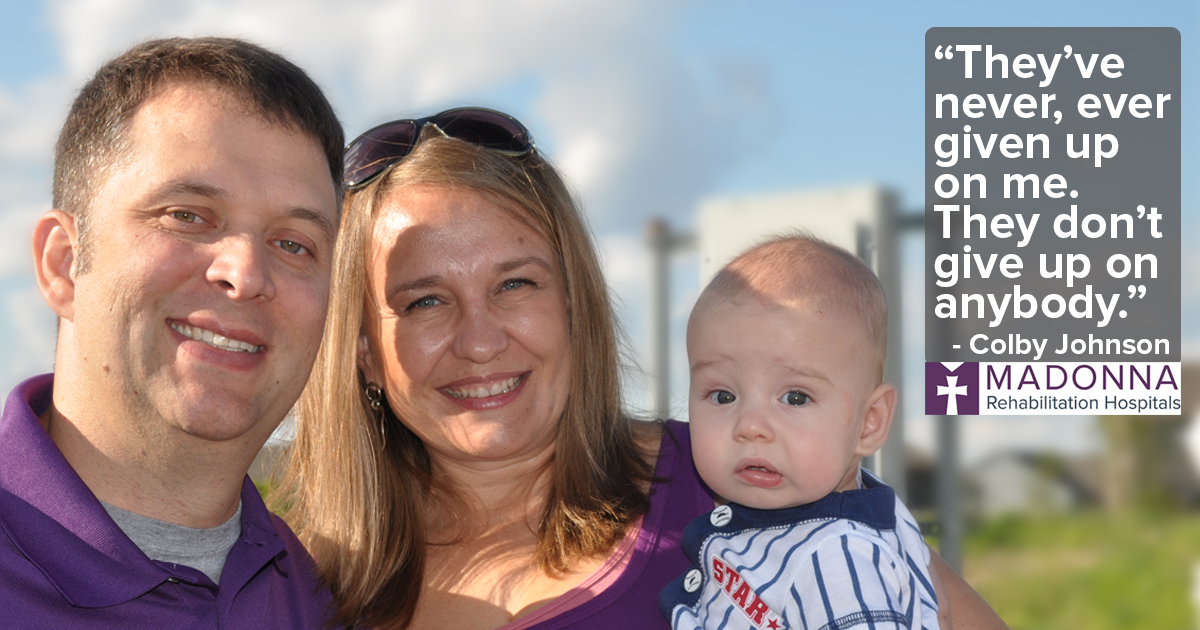 Colby Johnson was celebrating Independence Day 2010 at a family outing when a shallow water diving accident left him helpless in the water. “I pleaded with God to let me see my wife. Jo. one more time,” said the 35-year-old from Omaha, Neb. Tests at the hospital revealed an incomplete spinal cord injury that left Colby paralyzed from the neck down. Four days after the accident, Colby began rehabilitation at Madonna. “My goals were to sit up, move my arms, feed myself and eventually walk again,” said Colby. His Madonna team introduced him to technology like the Lokomat and FES Bike and Ekso GT Robotic Exoskeleton, a wearable bionic suit. Currently, he is able to walk independently with crutches. 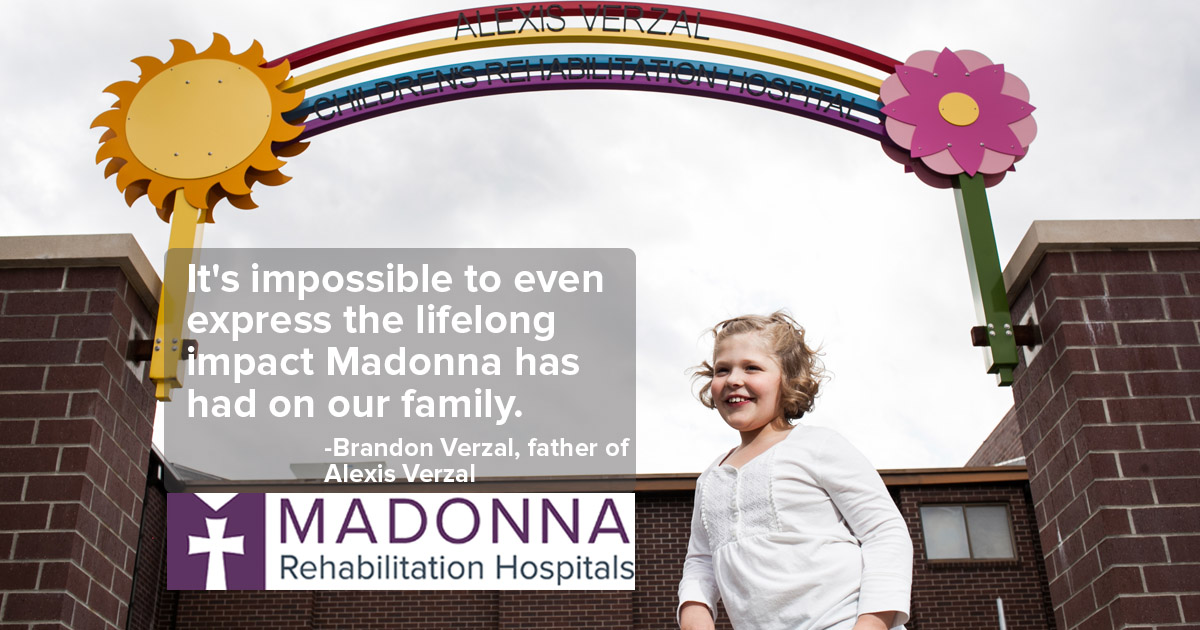 In 2008, Alexis Verzal was 14 months old when she suffered a traumatic brain injury at her day care, leaving her in a coma for 10 days. When she woke up, she was unable to see, eat on her own or move her arms and legs.

Through years of rehabilitation, Alexis has made progress and regained her independence. All the while, her parents have documented every milestone, even producing a documentary on traumatic brain injury called “Pathways.”

Click the links for each event: Give to Lincoln Day | Omaha Gives