Nurse, teacher, youth advocate, artist and dog lover . . . Helen Vanderwall was a woman of varied interests and many talents. The Seward, Nebraska, resident also was a philanthropist, designing a planned giving strategy well before her death in April of this year.

Helen, and her late husband, Clinton, discussed the best way to leave a legacy. They decided to support educational opportunities—especially for needy young people. Helen chose Madonna among the charities her estate would support and asked that the funds be used for staff education.

“Helen used several giving vehicles to create her perfect planned gift,” said Suzanne Sughroue, CFRE, director of development, at the Lincoln Campus. “She purchased annuities that provided her income during her lifetime and named Madonna as the beneficiary. Additionally, she created a charitable trust that paid her an income until her death. Then, the trust paid a death benefit to all the charities named in her trust documents.”

If you are interested in learning more about planned gifts to Madonna, please contact Suzanne Sughroue at 402.413.4782, ssughroue@madonna.org, or John C. Glenn, vice president of development, Omaha Campus at 402.401.5051, jglenn@madonna.org. 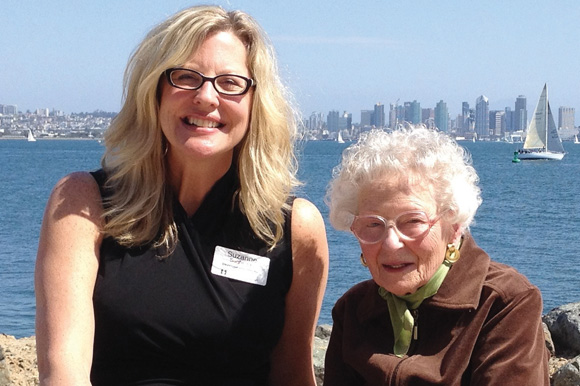